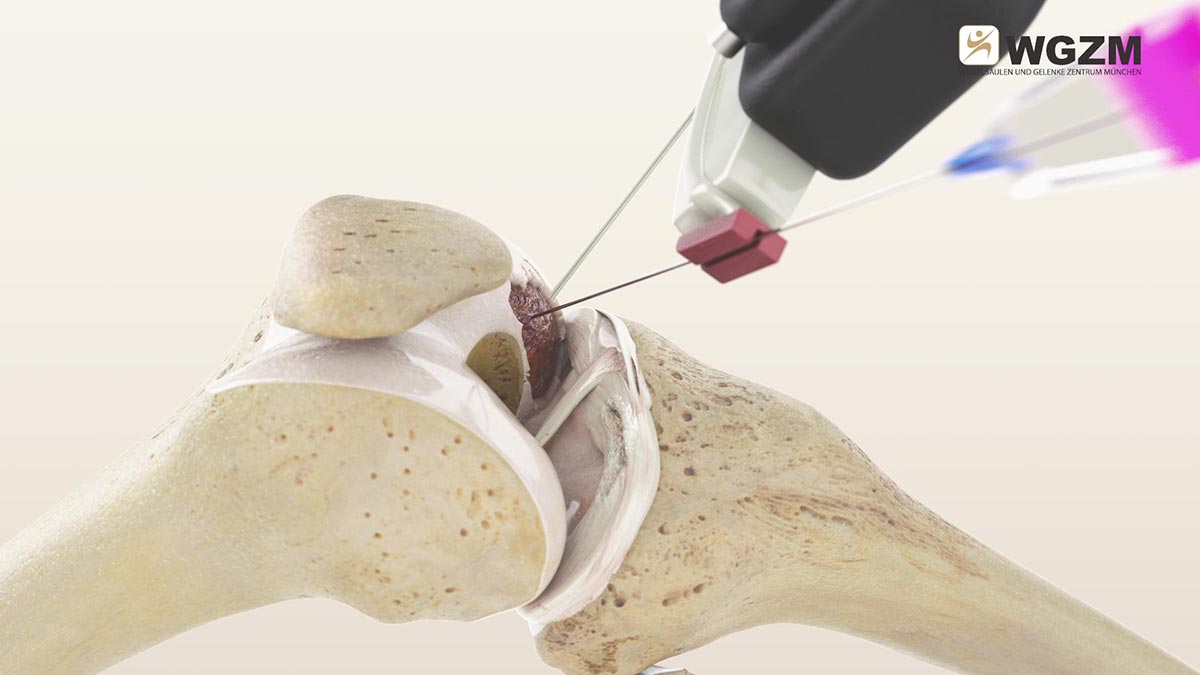 The patient was operated due to the knee osteoarthritis (grade IV) and meniscal tears (abrasion arthroplasty + micro-perforations) in an attempt to rebuild a cartilage. In the two and a half months after the surgery the situation worsened significantly. A progressive knee swelling and knee pain was identified. The patient was not able to walk independently, only with two underarm crutches. The knee was absolutely immobilized. An osteonecrosis has developed.

MRI images on different levels correspond to the postoperative status in 18 months after the MIBRAR® surgery. Osteonecrosis and bone edema can no longer be seen, a complete regeneration of meniscus and cartilage layer have been noted.